The Bay of Fundy Brewery


Welcome to Two Islands Brewing.  We're a small craft brewery located in Parrsboro, Nova Scotia, Canada... on the shores of the Bay of Fundy.  Our focus is to produce quality beers that will appeal to both those who prefer traditional beers, and those who like to experiment with more modern flavour profiles.  We use quality equipment supplied by Stout Tanks of Portland Oregon, specialists in design and fabrication of small craft brewery equipment.  Our 4 BBL system is operated manually requiring careful attention to detail at each stage of the brewing and fermentation cycles.


Initally we began producing four beer styles appealing to a wide range of taste preferences – By the Bay Blonde, Sailor's Delight Irish Red, Parrsboro Porter and Fundy Fog American Pale Ale. Over time we will developed a number of seasonal brews to provide greater variety using recipes from around the world targeted to appeal to our community’s tastes and reflect the natural resources of our area. 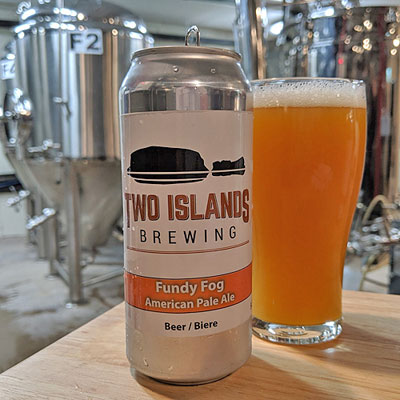